The site of our grounds, the highest point in southern Fairfax County, was once part of a 2,000-acre plantation owned by Revolutionary War patriot George Mason.

Mr. & Mrs. Harley Wilson completed their elegant new Hollin Hall, a Colonial Revival mansion that was the centerpiece of their 600-acre estate near the Potomac River in 1919.

The Wilsons were not the first to fall under the spell of this spot. George Washington hunted here as the guest of George Mason, author of the Virginia Declaration of Rights who had owned the land since about 1750.

While George Mason built Gunston Hall for himself, he constructed a house named Hollin Hall after a family home in Yorkshire, England, for his son Thomson, in 1792. That house, located near present-day Sherwood Hall Lane, was destroyed by fire in 1827 (there are discrepancies in the records as to the exact year). In 1852, Thomson Mason’s property was purchased by Edward Curtis Gibbs, a Quaker sea captain and farmer, who hired both black and white farmers to demonstrate that plantations could be made profitable without slave labor.

The estate passed through several owners before its purchase in 1913 by Wilson, a director of the North American Company, suppliers of locks and docks for the Panama Canal and Potomac Electric Power Company, and president of the Capitol Traction Company which operated Washington’s electric street cars.

The Wilsons entertained on a grand scale at Hollin Hall. Carl Sandburg, Herbert Hoover, Mrs. Woodrow Wilson and other prominent Americans swam in a shell-shaped pool, lounged under the wisteria-covered pergola and danced in in a ballroom in the rambling brick guest house.

Mrs. Wilson built her home with elegant appointments, including teak floors imported from Japan, and furnished it with museum-quality antiques. The extensive basement included rooms for cool storage of large quantities of meat, furs and wine.

Her special love was gardening and she designed her own winding brick paths, charming walled gardens, and a profusion of flower beds, shrubs and century-old English boxwood obtained from Stratford, the Lee family home.

After the Wilsons’ death in 1934, Hollin Hall languished on the market for years. When the princess of Norway considered purchasing Hollin Hall as a refuge during World War II, President Franklin Roosevelt inspected the estate on her behalf in 1941. Eventually, a Roosevelt advisor, Merle Thorpe, bought the house and 89 acres

In 1959, Mount Vernon Unitarian Church purchased Hollin Hall and 10 acres. While the pool no longer exists and the guest house is now a private home, the windmill, greenhouse and carriage house remain.

Hollin Hall was placed on the Fairfax County Registry of Historic Sites in 1993. 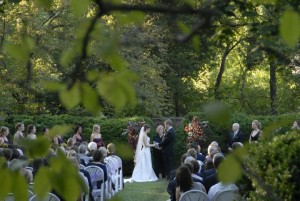 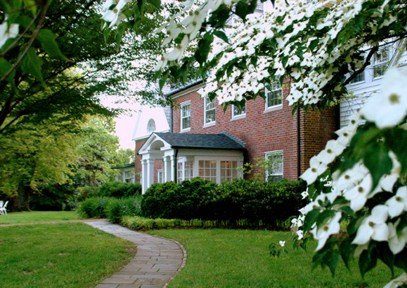 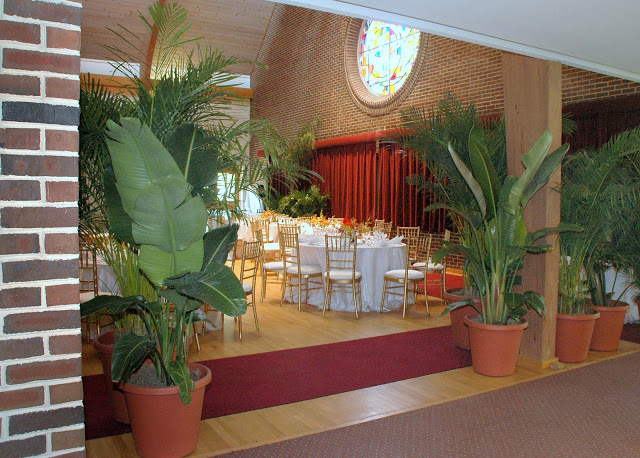 Looking for a beautiful location for your wedding ceremony and reception? If you come view our property and book within 2 weeks of your visit, you will receive 10% off the hourly rental rate!

*offer valid when booking your full wedding (ceremony & reception) only


Deprecated: Directive 'allow_url_include' is deprecated in Unknown on line 0